The thee language problem, and how Web Assembly will help solve it

Historically, languages are either easy to use or fast. Julia has shown us that we can have both. I argue that in this day and age, we may also aspire a language to run on the web and mobile devices. I'll explain how I think that Web Assembly will bring us closer to this goal. 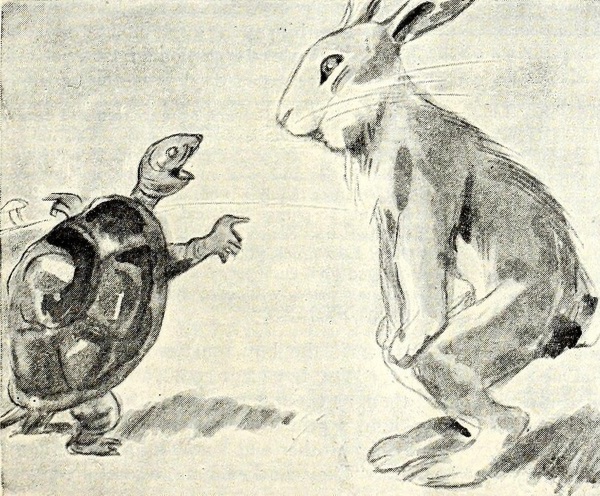 Image from "St. Nicholas" (no known restrictions), via Flickr

The programmer John Ousterhout stated in 1998 that high-level programming languages tend to fall into two groups, one being fast but hard to write, and one being easy, but slow.

Ousterhout meant this as a way of saying "use the right tool for the job", but this idea has also become known as the two language problem. The point is that programmers, especially in science and engineering, write their initial code in an "easy language", because they need its dynamic nature and abstractions; the problems they work on are hard enough already. When such code is to be used in real applications, it will often have to be re-written in a language that is faster (and perhaps more robust).

Having to rewrite code in another (harder to use) language complicates things a lot, because the people who wrote the original code are often not capable of writing in another language, and the people who are, do not always sufficiently understand the problem that the code solves.

I believe that this effect is a significant inhibiting factor in turning scientific innovation into real world solutions. At university I've seen countless times how research is done, the (PhD) student finishes, and the research code is never touched again.

This problem has been one of the reasons why I moved from Matlab to Python. In this case it was not so much about speed, but about the fact that Matlab is terrible for building GUI applications and equally bad at distributing them (caused in part by its proprietary license model). In Python I can write code, build a GUI around it, freeze the app, and put it online for anyone to use.

A decade ago, the internet played a role in distributing apps, but (except for a few annoying applets and Flash) apps were all desktop apps. With JavaScript becoming much faster and better standardization (e.g. HTML5), things have changed a lot, and the browser is now a common platform for running apps. For scientists, this provides an opportunity to publish results and ideas in interactive ways. If you can write JavaScript, that is. (Or CoffeeScript, or TypeScript, or Elm; JavaScript kinda sucks, and many things have been made to make it suck a bit less.)

We're at a point where many people use their phone more than their laptop/desktop. Mobile apps are typically written in Java or C++, or Swift for iOS. You could thus argue that we have a four or five language problem. On the other hand, mobile apps can be created using web technology too. So for the sake of argument, we'll stick to "the three language problem".

Summarizing, the three language problem states that we generally need one language for each of the following tasks:

Granted, when Python was just being created, it was hard to anticipate that web browsers would become such an important platform to run apps on, nor that mobile devices would become so ubiquitous. Similarly, we cannot anticipate what the digital world will look like 20 years from now, and what N language problems we will have then. But let's focus on solutions for today's problems.

The Julia language has shown that a dynamic language can also be fast (on par with C). However, I share the view of Greg Wilson that Julia is not as easy as it could be. I'm also sceptical about Julia's ability to run in the browser. Julia leans quite heavily on C++, and its (scientific-oriented) standard library is pretty big, dependending on several Fortran libraries, including code that embeds machine instructions. This means that bringing Julia to the browser is not trivial and likely results in large (i.e. slow to load) libraries. There are discussions in the Github issue tracker though, about defining a smaller base library and/or a "Julia lite".

In Python, many solutions are available for writing faster code, most notably Cython and Numba. These projects are amazing, allowing Python developers (including myself) to write code in a familiar style and have it run fast too. However, in the greater scheme of things, these feel like patches to overcome a fundamental limitation of Python.

I'm also trying to make it easier to write code that targets the web in Python. And although we've been building great things with this approach, it’s far from perfect.

WASM is a new open standard developed by representatives from all major browsers. It is a low level binary format designed to be compact and run at native speed, while being memory-safe. WASM is primarily intended to run code in browsers, but will also run in other environments like desktop, mobile and more.

WASM's features make it an attractive intermediate representation (or "platform"), also beyond the browser. For instance, it's designed to be inherently "safe" (code being run is guaranteed to not do things that it’s not supposed to), which is also great for mobile apps. There are already solutions for running WASM on desktop, and I'd not be surprised if someday there'll be a microprocessor that consumes WASM directly.

How WASM will help

WASM can help relieve the three language problem in various ways. For instance, Python libraries can use it as a tool to make certain code run fast, similar to how Numba uses LLVM. I’m not sure how WASM compares to LLVM for this use-case, but I can imagine that WASM might be easier to target.

Similarly, certain Python tools could produce WASM to run specific code on the web. Python interpreters intended for the browser (like Skulpt and Brython) could make use of WASM to become (much) faster and more compact.

And, of course, what WASM is intended for, to compile C/C++/Rust programs to a format that can run in the browser. A similar approach can be used for Julia, although (as mentioned above) this is not trivial.

The approaches mentioned above will provide many opportunities, but what if WASM is targeted more directly? People have been dreaming of "one language to rule them all". Some say Julia is it is it. Others say JavaScript, which is a thought gives me the shivers.

I don't believe that there will ever be a language that is the best in all fields. But I can't help thinking ... what if there was a language that is designed to be easy to use, dynamic and fast like Julia, and run anywhere? Such language might be great for almost every field. And in my view, the best chance of such a language right now, is one that directly targets WASM.

Don't take any of the above as critique on any of the mentioned projects. This post is written from a high-level (idealistic, perhaps a wee bit naive) perspective. I know that creating a new language is much more than inventing syntax and writing a compiler; communities and package ecosystems take many years to build. But a man can dream!